French authorities have announced they are toughening up the language requirements to obtain citizenship – with new rules requiring a written test and removing the exemption for over 60s.

From August 11th 2020 anyone who wishes to get French citizenship will have to sit a written language exam, in addition to the current speaking and listening tests required.

Getting French citizenship has never been an easy process, but now French authorities have decided to make it slightly harder by toughen up on the language skills required.

At present candidates for citizenship need to demonstrate that they speak French to B1 level. That level is defined as someone who is is able to handle day to day matters that arise in school, work or leisure.

They should be able to get by while travelling in an area where only French is spoken, and should be able to describe events and justify things like opinions, plans, or even ambitions.  Under the new rules the level is not changing, but candidates will need to provide prove that they can also write French to that level. The certificate you use must have been issued within the last two years.

The decree was passed on December 30th, 2019 and was originally set to be introduced from April, but will now not be introduced until August 11th, 2020. This is also the date when the exemptions will be toughened up. Under the current rules anyone aged over 60, disabled or in poor health does not need to provide a language certificate, although they do still have to take part in an interview in French at the préfecture. Under the new rules however, there are only three categories of exemption

At present the test involves a listening comprehension in which candidates listen to a tape and then select a series of multiple choice answers. There is also a 10-15 minute interview with an examiner during which you are asked progressively more difficult questions and given the opportunity to question or debate with your examiner. These requirements will still be necessary, but with the addition of a 1 hour 15 minute written exam in which candidates will be asked to write a selection of short pieces on given subjects in a style specified on the exam paper – letter, email, formal memo, newspaper article etc.

Language is of course not the only requirement for French naturalisation.

There are two main routes to applying for citizenship, through residency or through marriage.

If you are applying through residency you need to have been resident in France for at least five years. That can be reduced to two years if you have completed postgraduate studies at a French university.

They will need to show they have a clean criminal record (for those who have less than 10 years residence in France) and that their tax payments are up to date, including tax return notices for the three years prior to filing the application for French citizenship.

They will also need to prove they are financially sustainable. In other words they have a job or some other form of income.

If you are applying through marriage you need to have been married for four years, but do not actually need to be living in France.

As well as proving that you can speak French you also need to demonstrate an adequate knowledge of French history, culture and society.

The citizenship process includes an interview (in French of course) with an official who will test your knowledge and also assess your level of commitment to France and the French way of life – if you do not seem to conform to French values you can be turned down for citizenship.

Overall the whole process takes between 18 months and two years and involves a lot of paperwork. 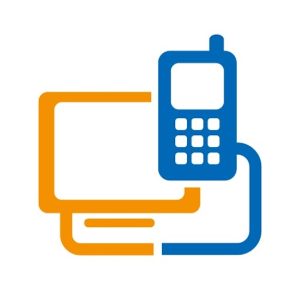